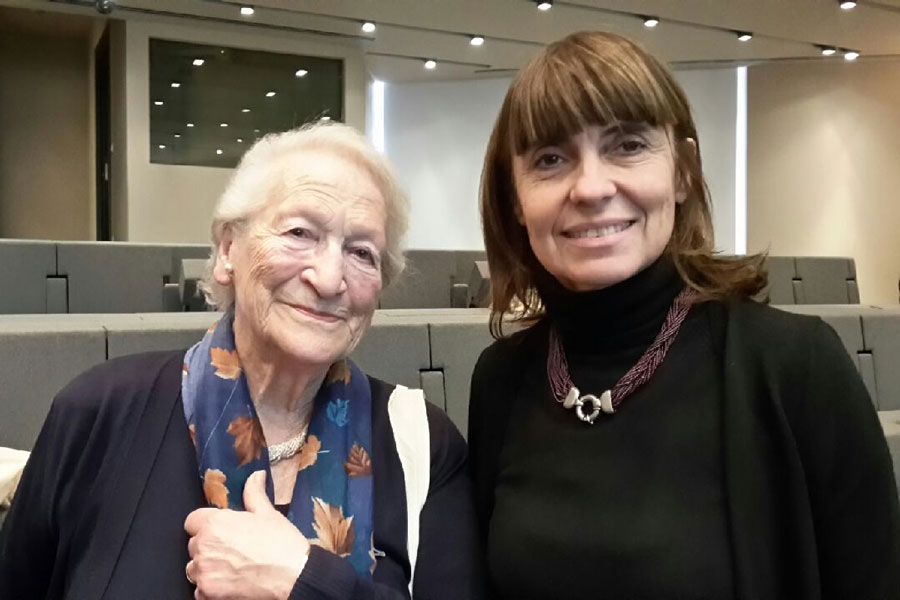 Friday 14th, Emilia Garda and Caterina Franchini of the Politecnico di Torino-DIST have presented the MOMOWO project during the annual convention of the Association AIDIA (Italian association of women engineers and architects) entitled "Image of the City", held in Trieste at the Sala dei Tessitori.

Among the most significant events of the meeting, the project highlights architect's Maria Antonietta Cester Toso intervention, certainly considered a pioneer among women Italian professionals.
Toni Cester Toso was born in Trieste in 1925 and graduated in 1949, under the tutoring of Giuseppe Samona, presenting a thesis on social housing which started as an investigation about the workers of the industrial district of Venice. She started practicing architecture in 1950 and was the first woman to open an architecture studio in Friuli in 1951.

For over 50 years of exquisite work, mainly private buildings, shops and homes, Toni Cester Toso worked both on a regional as on a national scale. As an example, "House in the North-East" (1982), an old farmhouse which has become, although remaining faithful to its original volume and typology, the home of the writer Sergio Maldini.
Active in rehabilitation projects, public housing and furnishings, her work has mostly addressed to the enhancement and the restructuring of social housing.