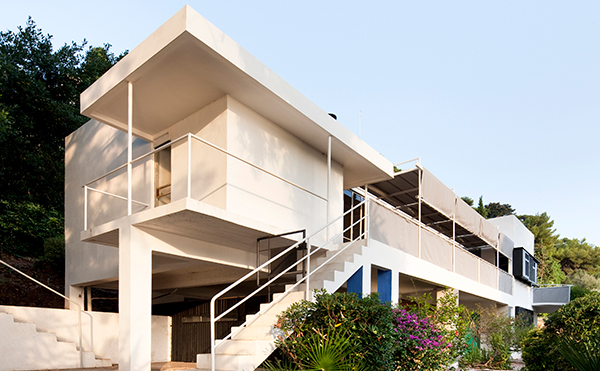 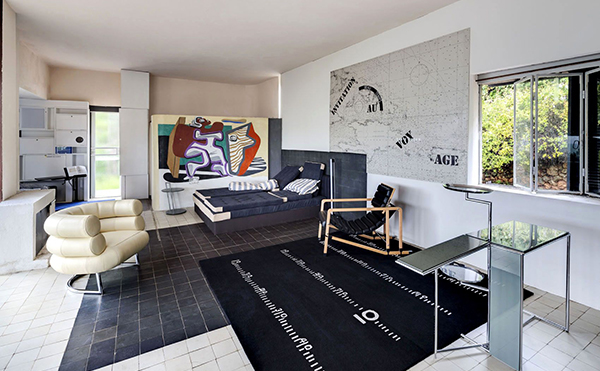 The 4th edition of the Iconic Houses European Lecture Tour takes place from 9 -16 October 2018, when Tim Benton, Professor Emeritus in Art History (Open University), will tour five European cities -Oslo, Cologne, Rotterdam, Prague and Brno- with a lecture on Eileen Gray’s iconic Villa E-1027 by the sea on the Côte d'Azur. After many years of struggle to get the restoration and management of Villa E-1027 on track, Eileen Gray’s tour de force is open to the public and a member of the Iconic Houses Network since 2015.

Tim Benton (b. 1945) is a leading researcher in Modernist architecture, with Le Corbusier as his special field of expertise. His research interests also include drawing, photography and painting. Benton has published a number of books, including a classic study of the design of Le Corbusier’s villas in Paris in the 1920s that was republished in a revised edition by Birkhäuser: The Villas of Le Corbusier and Pierre Jeanneret 1920-1930 (2007). He is currently working on a book on Le Corbusier’s domestic architecture (1910-1951). He has contributed to exhibitions at the Victoria and Albert Museum; Art Deco 1910-1939 (2003), and Modernism Designing a New World (2006), and to the first retrospective exhibition of Charlotte Perriand in the Pompidou Centre, Paris (2006).

Tim Benton’s  lecture focuses on the restoration of the furniture in Villa E-1027 and on the various controversies which have coloured the way the house and its contents have been understood and explained.

In the last two years, much of the effort of the Association Cap Moderne has gone into restoring the fixed and free-standing furniture in the living room. The plan and its furnishings proposed a new form of modern living, more adapted to the body and to gesture but also more flexible and humane. But work has also gone into challenging some of the myths concerning the relationship between Eileen Gray, Jean Badovici and Le Corbusier. What was Badovici’s role? Why did Le Corbusier paint seven murals in the house between April 1938 and August 1939? How should the house be interpreted in its lived existence? The lectures are in English. The film by Vincent Cattaneo documents restoration work carried out by the Association Cap Moderne between 2015 and 2017 (the film lasts 55 minutes and is French spoken with English subtitles).

Cologne, Wednesday 10 October  Organized by the Ungers Archive at the Wallraf-Richartz-Museum.

Prague, Monday 15 October          Organized by Villa Müller at its Study and Documentation Center.

Born in County Wexford, Ireland, in 1878 to an aristocratic mother and artist father, she lter went to the Slade School of Fine Art. Aged 24 she moved to Paris to continue her design education, and for many years quietly and determinedly began designing her modernist furniture. There, Eileen became involved in the Bohemian circles of the time, and was able to explore her bisexuality, in an era of sexual conservatism. Eileen established a reputation as the most avant-garde and inventive designer in Paris based on her principle that 'to create one must first question everything'. She attracted the eye of a young Romanian architect, Jean Badovici. It was him who gave Eileen the impetus to build a house, E-1027, which was a personal, pioneering statement in the forward-looking spirit of the Modern Movement. They designed the house together as a holiday home for the two of them. It was furniture designer Gray’s first architectural work. The villa, completed in 1929, stands on a steep cliff descending to the sea. While the building appears solid, it forms a bridge between the landscape and the sea with its calculated use of levels, routing and stairs. This lends the house a certain lightness and subtlety which critics have often found lacking in the work of other Modernist icons. Gray designed many of the furnishings in the house herself, both fixed and fre-standing, and these create a sense of space giving the impression that the house was created from the interior. After the Second World War, Eileen became largely forgotten, but she never lost her passion for architecture and design. She continued to work on her portfolio until her death in 1976, aged 98, after she suffered a fall on the way to her studio.

After 1996, the house was abandoned, squatted and vandalized. When restoration work started in the late 1990s, the house was in a deplorable state. Its proximity to the sea had resulted in considerable damage to the materials, while the original furniture had been sold and successive owners had marred the property with a mixture of vandalism and neglect.

In the late 1930s, Le Corbusier had stayed at the house at the invitation of his friend Badovici and was invited by Badovici to paint various walls, to the chagrin of Gray. The murals are still there: although they are not part of the original design they have since acquired the status of protected art.

With the help of the town of Roquebrune-Cap-Martin, the Coastal protection agency (Conservatoire du Littoral) bought the villa and a first restoration was carried out by Pierre-Antoine Gatier, Chief Architect of Historical Monuments, between 2006 and 2012. But many mistakes were made and much remained to be done, and in 2014, the Coastal protection agency passed control of the site to the Association Cap Moderne and their Patrimony architect Claudia Devaux.

All essential preliminary analysis and initial structural work has now been completed, though monitoring and correction remain necessary. What remains to be done is the recreation of Eileen’s fixed and free-standing furnishings, using her original materials and methods.

The two architects overseeing the furniture recreation are:

Life has become easier for fans of 20th century residential architecture with the Iconic Houses website. With its handy map interface it identifies dozens of iconic modern houses around the world – all of them open to visitors and some even accommodating overnight guests. By linking travel and 20th century houses, the Iconic Houses network hopes that the website will increase not only visitor numbers, but also the awareness of the difficulty of what founder Natascha Drabbe calls, ‘keeping these house museums alive’ in times of scarce funding, understaffing and even, sometimes, the threat of demolition. 'Experiencing the houses is the most important thing,' she says. 'The Iconic Houses network wants to ensure that people can continue to do that.'

"We recall that on March 3rd, the Irish duo Yvonne Farrell (1951) and Shelley McNamara (1952) co-founders and directors of the Dublin-based architectural practice Grafton Architects, have been awarded with the 2020 Pritzker prize laureate.

This year's jury described Farrell and McNamara as "pioneers in a field that has traditionally been and still is a male-dominated profession" and "beacons to others as they forge their exemplary professional path"."